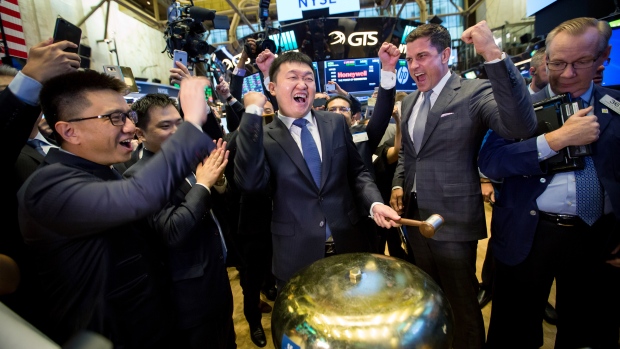 It gets far less attention than Tesla, the FAANGs or even the Robinhood flavor of the week.

Yet Sea Ltd. has quietly become the world’s best-performing large-cap stock, stoking a debate on Wall Street over whether the Singapore-based gaming, e-commerce and payments company is the next great internet colossus or just Exhibit A in a global tech bubble that’s destined to burst.

For now at least, bulls have the upper hand. Swelling optimism that loss-making Sea may one day become both the Tencent and Alibaba of Southeast Asia has boosted its New York-listed shares by more than 880 per cent in the past 18 months, the largest gain worldwide among companies with a starting market value of at least US$1 billion.

Short sellers who placed record wagers against the stock in June are retreating at an unprecedented pace.

If Sea Chief Executive Officer Forrest Li is paying attention to any of this, he’s not letting on. The 42-year-old billionaire said in a video interview that he’s been working seven-day weeks in the office since April, leading his company through what may be its most pivotal year. Demand for Sea’s mobile games and online-shopping platform has surged during the pandemic, and the company is bidding on a Singapore digital-banking license to accelerate its push into financial services. Li is also looking for potential acquisitions in gaming, logistics and e-commerce.

“We don’t like to think too much about our success or how we got here,” he said when asked about Sea’s stock price. “It doesn’t matter if the environment is good or bad. It doesn’t change a company or a person.”

Even by the standards of today’s tech boom, Li’s ascent has been remarkable. Born in the Chinese port city of Tianjin, he worked for the local units of Motorola Solutions Inc. and Corning Inc. before enrolling in Stanford’s MBA program. He founded Sea, then known as Garena, in 2009 and took it public with backing from Tencent in 2017.

After a rocky first year of trading, Sea’s stock has gone on to trounce everything in its class. Initially, the gains were fueled by the runaway success of Sea’s first self-made mobile game -- a battle royale called Free Fire that has attracted as many as 80 million daily active users in more than 130 markets.

But Sea’s e-commerce and financial services units are now increasingly important pillars of the bull case. Its Shopee platform overtook Alibaba’s Lazada in the fourth quarter of 2019 to become the top e-commerce provider in Southeast Asia, according to research firm iPrice, and the business accounted for more than 40 per cent of Sea’s revenue in 2019, up from 2.3 per cent in 2017.

SeaMoney, which offers everything from e-wallets to micro loans, could ultimately be just as large, according to Li. “We think this is a huge business opportunity,” he said.

The soft-spoken founder has some big-name believers. Tencent still owns about 20 per cent of Sea, and the stock was the biggest holding as of May in Noah Blackstein’s Dynamic Power Global Growth Class fund, one of the world’s top-performing equity mutual funds of the past decade. Other prominent shareholders include Chase Coleman’s Tiger Global Management LLC and Kora Management LP, an emerging markets-focused hedge fund in New York, according to regulatory filings as of March. 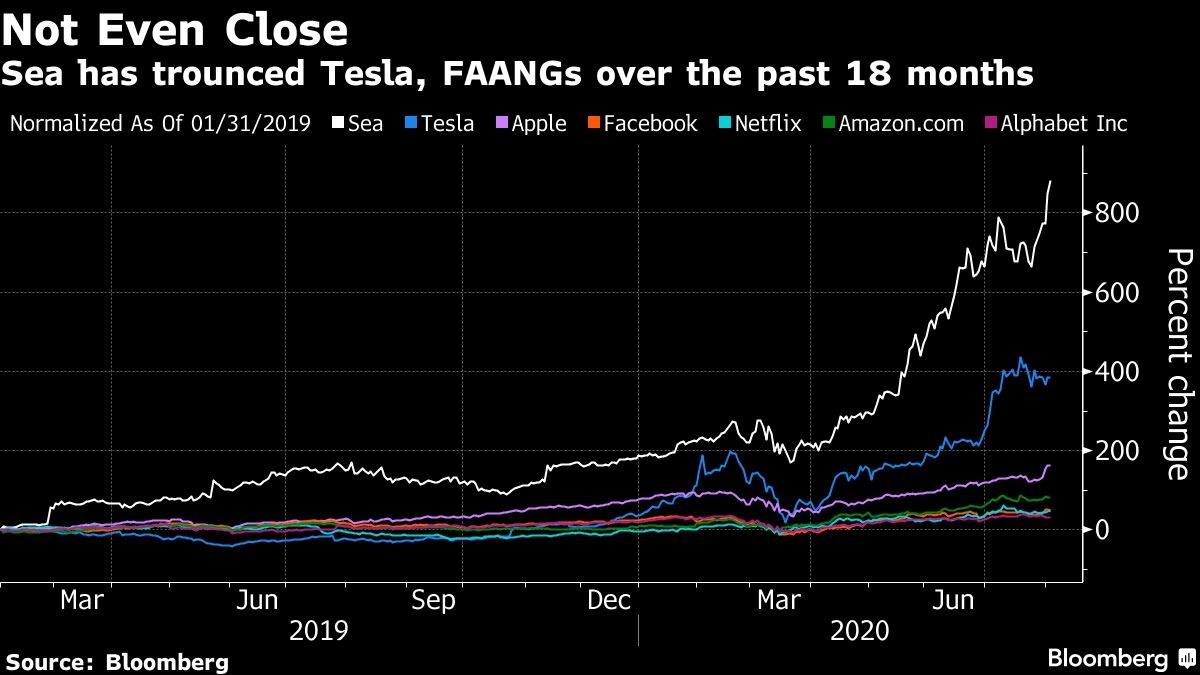 Kora began investing in Sea in early 2018 after meeting with Li, Daniel Jacobs, the hedge fund’s founding partner, said in an interview. “We’ve seen over the last two years a company that’s got a great team and great products going after a big market and just executing incredibly well,” he said. “We think this is a mini Tencent and has the ability to be a really successful, large company in a global context.”

Sea has already claimed the title of biggest company in Southeast Asia after its market value swelled to US$65 billion, topping DBS Group Holdings Ltd. and PT Bank Central Asia for the first time earlier this year. Revenue has also grown quickly, jumping 163 per cent to US$2.2 billion in 2019, though it’s still just a fraction of DBS’s US$11 billion.

As for Sea’s US$1.46 billion net loss last year? Jacobs isn’t bothered by it. “They are thoughtful and prudent about building a business,” he said. “We are very much of the view that the company has all this under control.”

Not everyone is convinced.DBS Bank Ltd. analyst Sachin Mittal downgraded his recommendation on Sea to sell in July, citing Indonesia’s new tax regulations for cross-border transactions and the likelihood of the company burning through cash to grow its payments business.

“There is a tech bubble right now,” he said in an interview. “Sea’s stock is overvalued and it’s partly a reflection of the industry.”While short sellers have closed out bets against Sea at a rapid clip in recent weeks, they still have a bearish position worth more than US$3 billion, or about 8 per cent of the stock’s free float, according to S3 Partners, a financial analytics firm. “Mark-to-market losses may have forced shorts out of their position,” said Ihor Dusaniwsky, head of predictive analytics at S3. “But they may still have a negative outlook.”

Skeptics note that Sea faces deep-pocketed competitors in all of its main businesses, from Lazada to Grab Holdings Inc. and a slew of other up-and-comers in digital finance. Meanwhile, Sea’s gaming unit has yet to prove it’s more than just a one-hit wonder.

“We could have a post-Covid situation where the jack-up in revenue does not materialize, and the gaming business is doing well but rests on only one popular game,” said Nirgunan Tiruchelvam, head of consumer equity research at Tellimer Ltd.Sea optimists see little reason to cash in. In fact, Georg Krijgh, founder and head of the investment team at Amsterdam-based Fratres, said his firm’s Knight Tech Fund, which has 150 million euros (US$177 million) under management, plans to add to its Sea holdings.

The stock is already the fund’s second-largest position after Shopify Inc., a Canadian e-commerce company that has gained more than 500 per cent in the past 18 months. “There are always people who like to short excellent companies such as Sea, Tesla or Carvana, mainly based on the argument of a high valuation,” he said. “It’s an inferior strategy.”

Sea’s biggest challenge now may have less to do with execution than with meeting investors’ “sky-high” expectations, said Matthew Kanterman, an analyst at Bloomberg Intelligence. In the past seven days alone, Sea’s stock has soared 28 per cent to record.

For his part, Li appears well aware that the bar has increased. It’s been hard not to notice with everyone calling his company a Southeast Asian mashup of Tencent and Alibaba, two of the most successful businesses in history.

“We learned a lot from those pioneers,” said Li, who has an estimated net worth of US$7.5 billion. “But at the end of the day, we don’t need to be their mini versions. We can just be ourselves.”