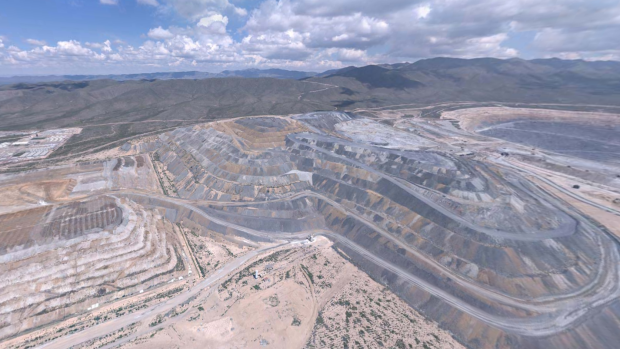 VANCOUER, B.C. -- Newmont Goldcorp Corp. says it will temporarily suspend operations at its only operating mine in Mexico because of a local blockade over water concerns and issues with a trucking contractor.

The company said Monday that the Penasquito mine in Zacatecas will stay shut pending resolution of what it says is an illegal blockade started March 27 by a trucking contractor and some members of the Cedros community.

It said it is committed to dialogue with blockade leaders while also working with Mexican authorities to resolve the situation.

Company chief operating officer Thomas Palmer said on an earnings call with analysts last week that the community has mounted the blockade over water supply concerns while a trucking contractor has separate grievances.

"It's an issue that sort of covers some community members from the local community with some concerns around water and some issues around a trucking contractor. So it's a complex issue in that it involves a couple of issues coming together."

A Goldcorp report from 2017 noted that Penasquito was the company's only mine in a water stressed area and that the mine was rated as having a high water risk profile.

Penasquito produced 272,000 ounces last year and 476,000 ounces a year earlier as one of Goldcorp's major mines.

Goldcorp, which Newmont took over earlier in April, suspended operations at the mine in 2016 for a week after protests from truck drivers and locals.

RBC Capital Markets analyst Stephen Walker said in a note that the latest suspension, for which the company didn't provide timing on a potential restart, increases uncertainty around Newmont Goldcorp's operating outlook.

He said he calculates that Penasquito accounts for 14 per cent of Newmont Goldcorp's net asset value and contributes six per cent of the company's attributable gold production.