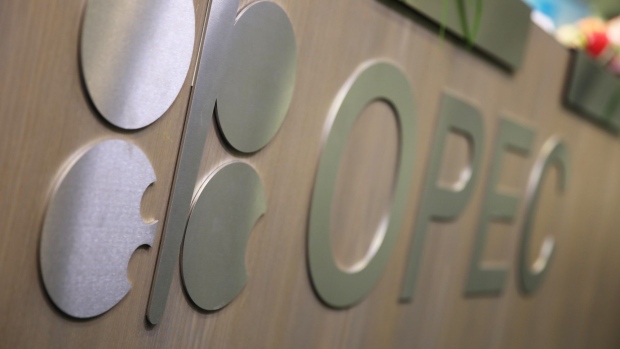 An OPEC flag stands on the front of a desk inside the OPEC Secretariat ahead of the 172nd Organization of Petroleum Exporting Countries (OPEC) meeting in Vienna. , Bloomberg

The Organization of Petroleum Exporting Countries is postponing the festivities, due to take place in Baghdad -- where the group was founded in 1960 -- until the first quarter next year, delegates say. It had been scheduled for Sept. 30.

The ceremony is being deferred to avoid any clash with upcoming elections in Iraq and a conference in the United Arab Emirates, one delegate said.

Still, the rearrangement won’t interfere though with the next policy-setting meeting of the group and its allies, due to be held online on Oct. 1.