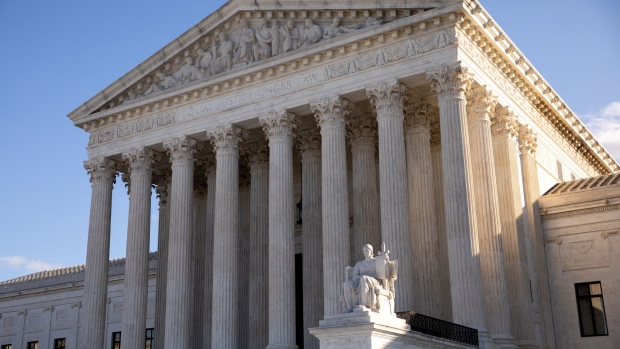 The U.S. Supreme Court building in Washington, D.C., U.S., on Tuesday, Nov. 10, 2020. The latest Republican bid to kill the Affordable Care Act comes before the Supreme Court today in an argument that will test its strengthened conservative majority and could produce a decision wiping out health insurance for 20 million people. Photographer: Amanda Andrade-Rhoades/Bloomberg , Bloomberg

The court was planning to consider whether the Trump administration would have to turn over redacted parts of Mueller’s 448-page report and the underlying grand jury transcripts and exhibits. Democrats said they needed the materials as part of an impeachment investigation.

But Joe Biden’s victory in the presidential election sapped the case of much of its significance. Once Biden takes office in January, the Justice Department could agree to turn over the materials, or the House Judiciary Committee could abandon the probe. Either move would probably prompt the high court to drop the case altogether.

The Supreme Court temporarily blocked lawmakers from seeing the documents in May and then agreed to hear the Trump administration’s appeal in July. Those moves ensured Democrats wouldn’t get pre-election access to the materials.

Democrats said they were investigating whether Trump committed impeachable offenses by obstructing the FBI’s and Mueller’s investigations into Russian interference in the 2016 election. Mueller found 10 instances of possible obstruction of justice, but stopped short of determining whether Trump had engaged in obstruction.

The case is Department of Justice v. House Committee on the Judiciary, 19-1328.