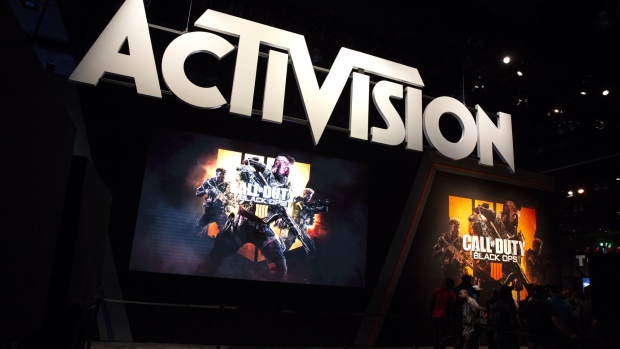 Kotick, who’s led Activision for about three decades, has received about US$30 million in compensation annually over the past few years, regulatory filings show. The vote is set for June 11.

“Activision Blizzard’s skewed approach to human capital management -- lavishing multimillion-dollar rewards on the CEO as employees face layoffs -- needs to be addressed before it manifests in deeper operational problems,” CtW Executive Director Dieter Waizenegger said in a letter to shareholders.

The advisory vote on pay at Activision has split proxy consultants. Institutional Shareholder Services recommends investors vote against Kotick’s compensation, as it has done multiple times in the past.

Glass Lewis & Co., which had urged stockholders to oppose the company’s executive pay previously, is recommending approval this year, Activision said in a recent filing.

“We believe the ISS analysis is faulty and results in an inaccurate picture of our compensation practices,” such as comparing Activision to the wrong peer group, the company said.

“During Mr. Kotick’s tenure -- which is the longest of any CEO of a public technology company -- Activision Blizzard’s market capitalization has increased from less than US$10 million to over US$53 billion,” the company said in an email.

Activision cut around 8 per cent of its staff in a February 2019 belt-tightening. The company finished 2019 with about 9,200 employees, down from 9,900 a year earlier, according to filings.

CtW works with union-sponsored pension funds that have more than US$250 billion under management and are “substantial” Activision shareholders, the group said in an email.