Two months from the one of the worst routs in Canadian stock market history and the bulls are completely in charge.

The reasons are plentiful, they say: It was a violent selloff in March. High0quality companies with strong balance sheets make up a good portion of the S&P/TSX Composite Index. Billions of dollars in government and central bank stimulus have boosted sentiment. People will start spending again as the world reopens gradually. And bond yields? They’re paltry.

“Society wants to be open,” said Brian Belski, chief investment strategist at BMO Capital Markets and one of the country’s most optimist stock prognosticators. “Society wants to take that risk and go spend money.”

The S&P/TSX Composite slipped on Friday as U.S. President Donald Trump ratcheted up tensions with China, but the benchmark ended the week in the green, pushing it 35 per cent higher from its March 23 coronavirus low. Most expect economic upheaval going forward, but many are still buying stocks. 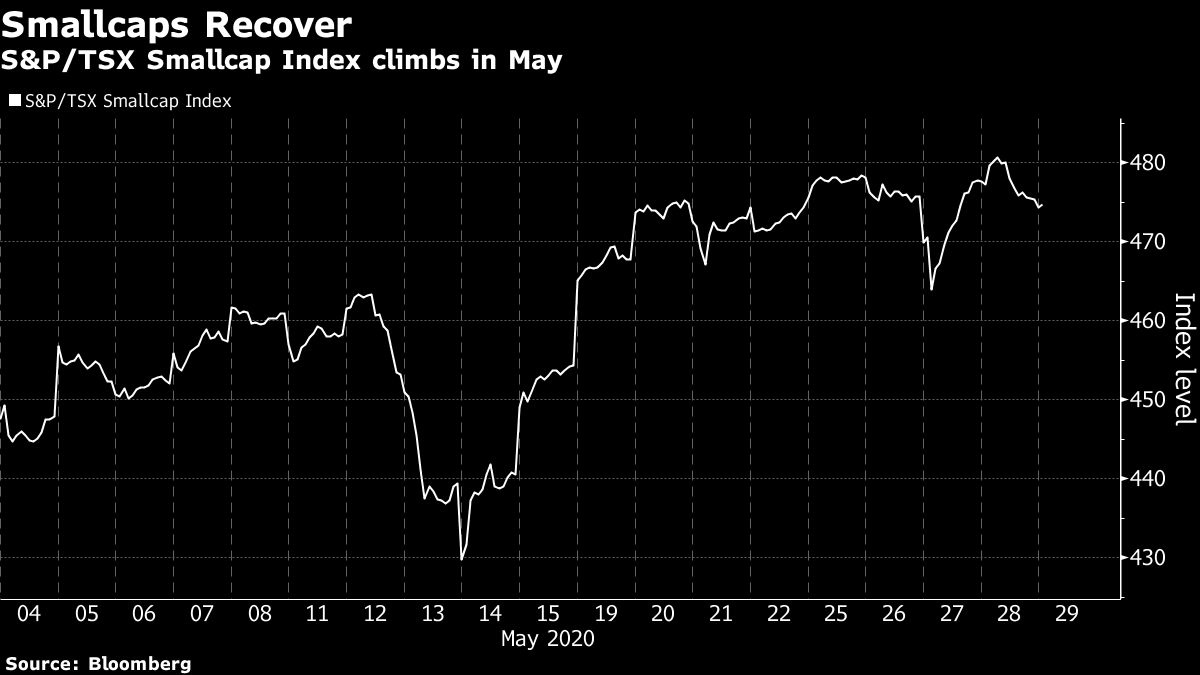 Add to the list of positives, Canada’s big six banks which reported earnings. True, they were awful with record provisions for loan losses dragging down net income but the the S&P/TSX commercial banks index jumped 7.7 per cent, its best weekly gain since the second week of April.

Investors clearly figured they have built sufficient reserves to weather the world of pain coming out of the pandemic. Most have said they will keep paying dividends, for now at least. Laurentian Bank slashed its dividend Friday, the first payout cut by one of the nation’s eight biggest lenders in almost three decades.

“We’ve said for a long time that the bridge back to equities is dividend growth and income growth,” Belski said. “There are a lot of great names in Canada that provide income and the reality is that the big banks didn’t cut their dividends, that’s really important.”

Still the hurdles are immense. Canada’s is facing its deepest contraction of the post-war era. Globally, millions of people are unemployed, companies are filing for bankruptcy and a second-wave of the pandemic may be looming

The nation’s housing agency said the drop in sales and prices amid the “historic recession” caused by the virus will leave lasting scars, predicting the market won’t fully recover for more than two years.

Canada’s economy will continue to require significant amounts of stimulus in the rebuilding phase, even with the potential for higher debt levels to fuel financial vulnerabilities, according to the outgoing head of the country’s central bank.

Prime Minister Justin Trudeau, who came to power with plans to forge closer ties with China, must now walk an even finer line on issues such as the status of Hong Kong and Huawei Technologies Co.’s access to Canada’s next-generation wireless networks after a Vancouver judge ruled to continue extradition proceedings against a top Huawei executive.