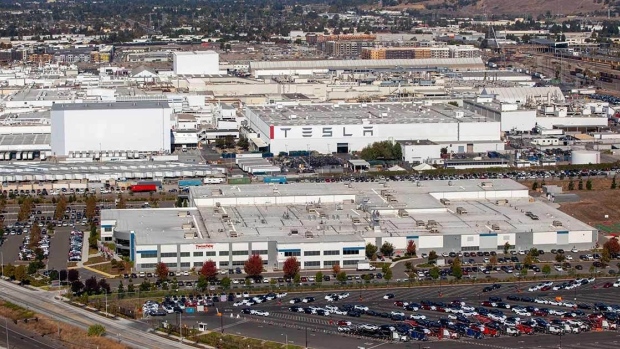 Beating the S&P 500 is notoriously difficult for fund managers. But simply replicating it as closely as possible isn’t always a picnic, either—and Tesla Inc. has found a way to make it a little harder.

The market value of the electric car company currently stands at about US$277 billion. That would make it one of the biggest companies in the S&P 500, except that it isn’t a part of the index yet.

The keepers of that list, S&P Dow Jones Indices, have a rule that new companies must have been profitable in their most recent quarter and over the past year before being added. With its latest earnings, Tesla just crossed that line.

The possible addition of the carmaker is a big event for managers of index mutual funds and exchange-traded funds. They’re already hashing out strategies for one of the biggest potential trading challenges they’ve faced in years.

Tesla would be the largest company in dollar terms ever added to the index, which managers of US$11 trillion of investments either track religiously or use as a benchmark. At the current prices of Tesla and other stocks, managers of passive funds will have to sell about US$35 billion to US$40 billion of shares in the rest of the index’s companies to make a hole big enough to fit purchases of Tesla shares, according to Gerry O’Reilly, a principal and portfolio manager at indexing giant Vanguard Group Inc. “Assuming it’s going to be added, it’ll be an all-hands-on-deck type of trading,” he says.

There’s no template to follow for Vanguard’s two dozen U.S. traders—plus a team of analysts who work on keeping transaction costs down—when it comes to efficiently handling a stock as big and volatile as Tesla. Nor is it easy to predict the ripple effects in the overall market.

The shift in the index composition could be announced anytime. The addition theoretically could happen along with the departures of E*Trade Financial Corp. or Tiffany & Co., which are being acquired, or as part of a routine quarterly rebalancing in September.

Index funds may get as few as a couple days’ notice of the switch. So they need to decide if they should start buying before the addition, the day the stock is to be added, or afterward. Picking which approach isn’t as simple as it sounds. While Tesla’s stock may be bid up by traders trying to take advantage of demand from indexers, other investors may treat it as what O’Reilly calls a “super liquidity event.” That is, longtime Tesla shareholders who are looking to trim positions may try to get out when they know index funds have to buy. The two kinds of investors could cancel each other out. “There are all sorts of crosscurrents,” O’Reilly says. He says he’s confident Vanguard will be able to handle the switch without a major “tracking error”—that is, a dislocation between the performance of the index and the funds that follow it.

Like many things about Tesla Chief Executive Officer Elon Musk, his company’s path into the S&P 500 is unconventional, which explains how Tesla became the gorilla in the room for the index fund crowd. Investors simply believed in the Tesla story enough to bid the share price into the stratosphere despite a record dotted with more quarterly losses than profits. The S&P 500 is weighted by market capitalization—with the most highly valued companies taking up the largest share of the index. If that were the only standard, Tesla would have qualified awhile ago. The threshold to be added is a market value of a little more than US$8 billion.

The committee that decides the membership of the S&P 500 is keeping mum about when—or even if—it plans to add Tesla. “Companies who meet the eligibility requirements are not automatically added to the index,” said a S&P Dow Jones Indices spokesman in an emailed statement. “They join a pool of other eligible candidates and are considered for inclusion when an opportunity presents itself, at which point the Index Committee takes several factors into account such as sector balance and size representation.”

When figuring out how to weight companies in the index, the S&P adjusts their value to reflect the number of shares available for trading. Using that standard, Tesla would likely be the 17th-largest company in the S&P 500 if it were included now, with an index weight of about 0.8 per cent—between PayPal Holdings Inc. and Pfizer Inc. One of the largest additions to the benchmark in recent history occurred a decade ago with Warren Buffett’s Berkshire Hathaway Inc., which at the time had an adjusted market value of US$127 billion, far less than Tesla’s today. But it represented a bigger weight in the index then.

While indexers strategize about how to handle this shake-up to the passive investment world, traders with a more active approach will be trying to figure out how to profit from price swings created by the potential announcement. “The trade would basically be buy Tesla, sell everything else, and you’d start to see that in the market,” says Steve Sosnick, chief strategist at Interactive Brokers.

Still, it’s possible that expectation is priced into Tesla’s shares after a gain of as much as 293 per cent this year. A working paper posted by the National Bureau of Economic Research in July titled “Does Joining the S&P 500 Index Hurt Firms?” found that stock pops linked to the announcement of index inclusion have gone away, and the lasting effect on price in recent years has been downward. Since Tesla reported its earnings, its shares have fallen 6.6 per cent. “Firms included in the index perform extremely well in the year before they are included in the index,” says René Stulz, a professor at Ohio State University and one of the paper’s authors. “Our results would also imply that getting into the index would not lead to another boost in Tesla’s stock price.” Read next: Investors Can’t Stop Dancing to the Bull Market’s Tune