Investors in Canadian markets might have been on to something last year.

They piled into fixed-income and cash ETFs in an effort to seek shelter even as equity markets soared to levels unseen in a decade and the nation’s economy chugged along. Bonds dominated with more than $14 billion (US$11 billion) of net inflows, making up about 50 per cent of the record $25 billion of capital into Canada ETFs, according to data compiled by Bloomberg.

For those who missed the run-up in stocks, they might have had a FOMO moment or two late last year. Those haven bets are looking better in the early days of 2020 after renewed U.S.-Iran tensions roiled equities and sent bonds soaring Friday. Even in equity ETFs, which raked in about $11 billion of flows last year, defense was a key theme as investors flocked to low-volatility funds with more than $2 billion of fresh capital, according to National Bank Financial.

This shouldn’t be entirely surprising as the warning signs were flashing at the end of 2019:

Setting aside investors’ skittish nerves, the fixed-income track record is noteworthy: Canadian bonds have a stellar record with only one annual decline in 17 years, according to the Bloomberg Barclays Canada Aggregate Total Return Bond Index. By contrast, the main stock index has had four losing years over the same period, including a painful 35% plunge in 2008. 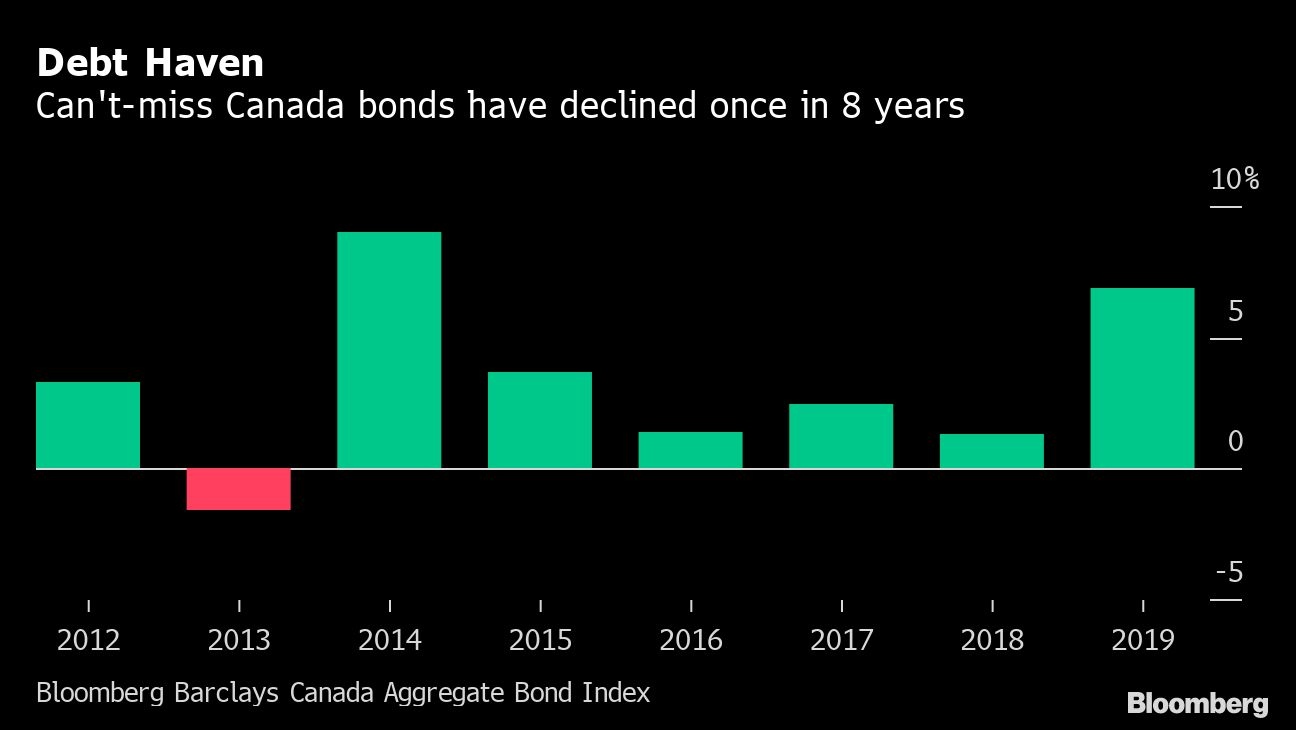 Still, it’s a long year ahead and as Bloomberg’s Macro Man Cameron Crise said in his column on Thursday: it’s worth remembering that it’s not how you start the year’s trading, it’s how you finish.

It was a quiet week for economic data releases with Canada’s December manufacturing PMI (down to 50.4 from 51.4 in November) being the one key release.

The December jobs report due Jan. 10 will be closely watched for more clues on the extent of Canada’s employment slowdown. Housing starts and building permits data are expected on Jan. 9, the same day Bank of Canada Governor Stephen Poloz gives a speech in Vancouver.