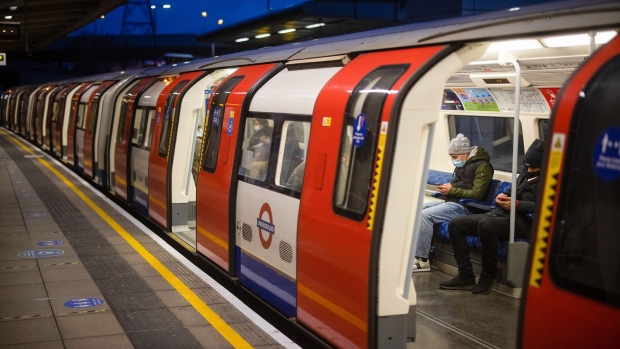 (Bloomberg) -- The first major extension of London’s Tube system in decades -- a 1.1 billion-pound ($1.5 billion) project that began about six years ago -- finally comes to fruition on Monday.

The opening of the Nine Elms and Battersea Power Station stops in south London is expected to create thousands of jobs and benefit developers who in some cases have struggled to sell the hundreds of apartments being built in the area. It also will improve access to the City of London financial district and the West End, where many private equity and hedge fund firms are based.

The extension of the Northern Line is a key to the regeneration of Battersea Power Station, which once supplied a fifth of London’s electricity but sat derelict for decades. Work on the former coal-fired power plant, known for being on the cover of Pink Floyd’s “Animals” album, faced construction delays in recent years that led some buyers to pull out of deals to purchase homes. In May, the first residents moved into the power station, which is at the center of a 9 billion-pound project and is set to open to the public next year.

The start of the new stations is a “major milestone,” Simon Murphy, chief executive officer of Battersea Power Station Development Co., wrote in an emailed statement. “Improving transport links and connectivity to this area of London has been fundamental to the development from the very beginning.”

The Tube expansion, which brings the number of stations to 272, could help generate as many as 25,000 jobs and 20,000 homes, according to a statement last week from Transport for London. The journey from Nine Elms or Battersea to the West End or the City will in some cases take less than 15 minutes, it said. The stations will begin service amid broader development activity along the riverside strip that some have dubbed “Dubai-on-Thames.”

Major construction on the three-kilometer railway between Kennington and Battersea Power Station began in 2015. The project will be followed by the launch of the Elizabeth line set for the first half of next year. The last significant Tube extension was to the Jubilee Line in 1999.

Two early Tube railways -- the City & South London Railway and the Charing Cross, Euston & Hampstead Railway -- were joined in the 1920s and named the Northern line in 1937.