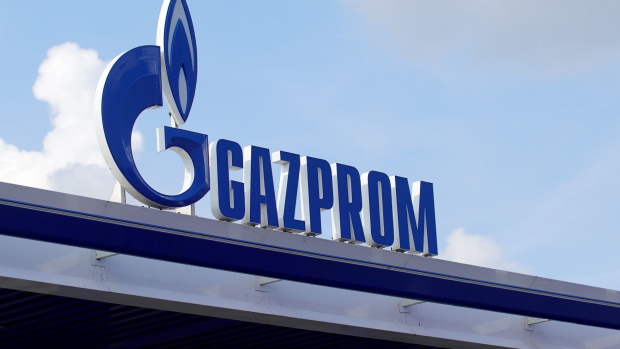 (Bloomberg) -- Hungary, one of the most reliant European countries on Russian energy, will get a deferral of about 1.9 billion euros ($1.9 billion) on gas payments to Gazprom PJSC during the heating season, according to a person with knowledge of the issue.

Hungary announced Monday that it had won a three-year reprieve from Gazprom on payments coming due in the six-month period, without disclosing the terms of the deal.

In the first year, Hungary will pay 20% of the amount that will be rolled over and will pay 40% each in the subsequent two years, according to two people, who asked not to be identified because the terms of the deal are confidential. The amount to be rolled over carries an interest rate equivalent to Hungary’s three-year international sovereign debt in mid-September, which was about 3.5%, according to the people.

Hungary will probably have to pay about 4 billion euros or more for Russian gas during the European winter, not counting the deferred amount, which is estimated at 1.9 billion euros, one of the people said. Gazprom’s press service didn’t immediately respond to a request for comment on the terms of the deal.

Officials in Budapest said there was no cap on the amount that could be deferred and it may increase as the market price of natural gas rises. The terms are important because soaring energy imports threaten to upend the European Union member’s strained budget.

Hungary forecasts that the cost of the country’s oil and gas imports will jump to an estimated $19 billion this year from $4 billion in 2019. Spiraling energy payments are aggravating concerns about the state of the economy as billions of euros in EU funding remain locked over the bloc’s concerns about corruption under Prime Minister Viktor Orban.

Hungary is one of the few EU nations still receiving Russian gas after President Vladimir Putin cut off supplies to much of the bloc in retaliation for EU sanctions over Moscow’s invasion of Ukraine. It has also been one of the more supportive of Putin’s agenda over the years. Most recently, Orban demanded the EU withdraw all sanctions against Russia.

The forint gained after Hungary announced the payment deferral, paring the currency’s year-to-date loss to about 12%, the third-worst performance among emerging markets over the period.