Canadian home sales dropped sharply in February in a broad-based retreat that highlighted a deepening slowdown in the sector.

Home sales fell 9.1 per cent in February from the previous month, the Canadian Real Estate Association said Friday. Transactions slumped 12.6 per cent in Toronto and 4.4 per cent in Vancouver. Prices, meanwhile, remained steady, with CREA’s benchmark index rising 0.3 per cent on the month.

The report comes a day after Statistics Canada data showed the country’s home values fell for the first time in at least three decades last year, adding to evidence rising interest rates and a string of government measures have dramatically slowed the market. That comes as household debt burdens rise to a record and the economy nearly stalling. 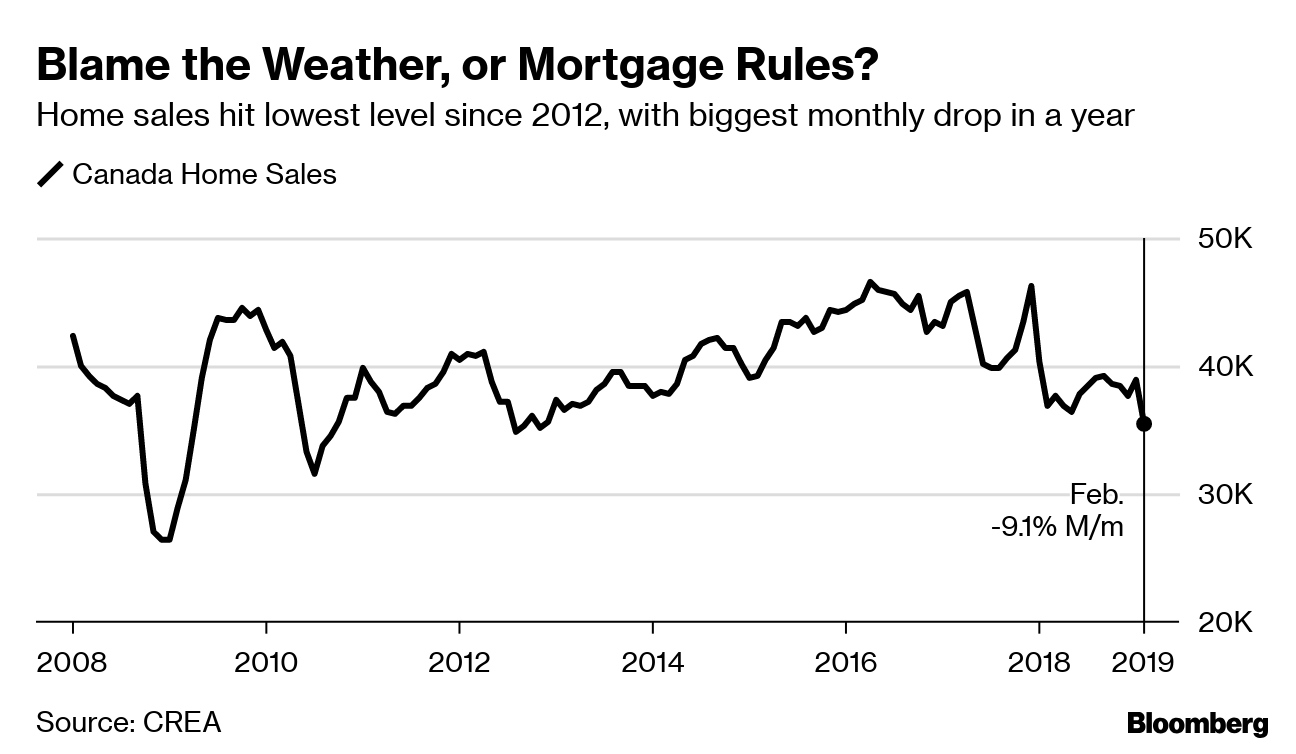 Home sales reached their lowest level since November of 2012, as all but three regional markets posted declines, the realtor group said. In Toronto, benchmark prices rose 0.8 per cent on the month. They fell 0.3 per cent in Vancouver.

The nation’s banking regular imposed stress tests on mortgage lending that took effect at the start of last year, and policy makers including those at the Bank of Canada have said the measures are having the desired impact of strengthening the quality of new loans.

As the market cools, however, industry groups have called for the new rules to be scaled back, on fears they could lead to a deeper correction. Finance Minister Bill Morneau, who is set to deliver his pre-election budget next week, is also being asked to extend mortgage terms to 30 years to help ease the situation.

“For aspiring homebuyers being kept on the sidelines by the mortgage stress-test, it’s a bitter pill to swallow when policy makers say the policy is working as intended,” said Barb Sukkau, CREA’s president. “Fewer qualified buyers means sellers are affected too.”