One of the world’s biggest copper companies has good and bad news for buyers hit with the highest prices in almost a decade.

On the bright side, prices are already well above the incentive level for new projects that would help ease the supply squeeze. Unfortunately, it can take twice as long to build mines now than in the past, meaning the market wouldn’t see that new supply for eight to ten years.

That’s the view of Raul Jacob, chief financial officer of Southern Copper Corp., which wants to tap more of the industry’s biggest reserves to almost double output by 2028 and, possibly, become the world’s largest producer.

To be sure, Southern Copper has its hands full in terms of projects in Peru and Mexico and isn’t looking to accelerate the build-out in any meaningful way. But other companies probably will given copper prices are well above US$4 a pound versus last year’s average of US$2.80, Jacob said. He put the incentive price for new projects at US$3.25 to US$3.50 a pound.

“If this price level holds, we should see announcements of new projects coming in the market,” Jacob said in an interview Monday. But the lags from decision to production will make the copper price cycle “a little bit longer than in the past.” 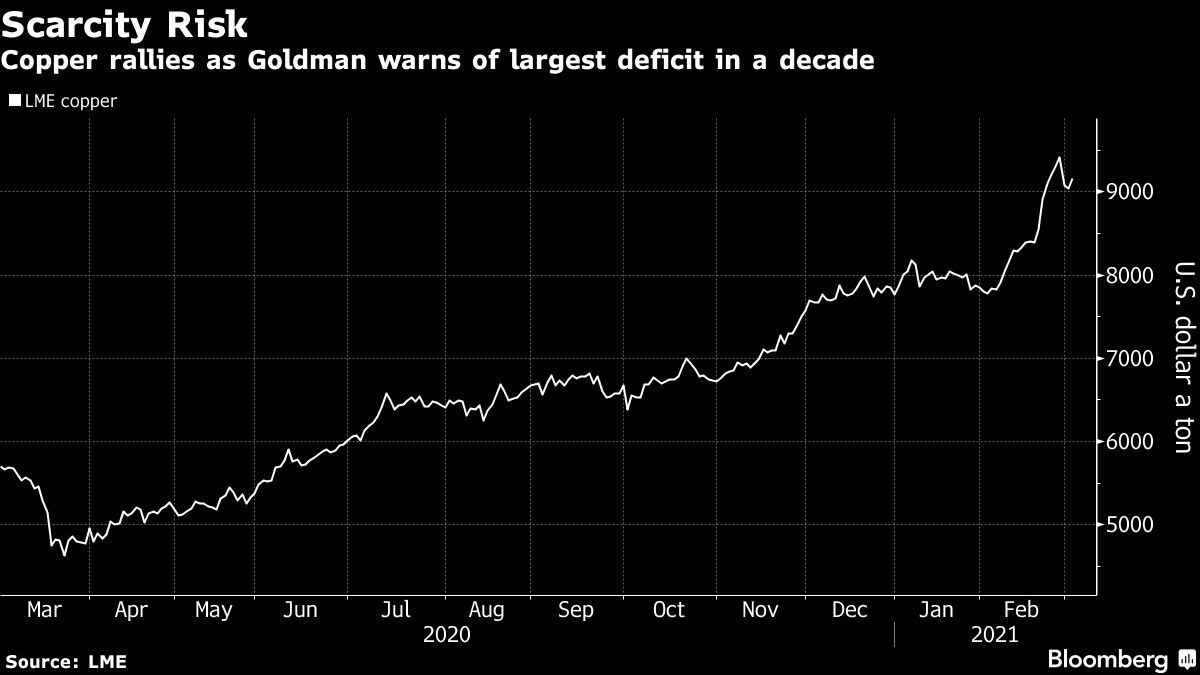 The next generation of copper mines will have to contend with lower ore quality that can push up costs while adhering to higher environmental and social standards.

That’s part of the reason Southern Copper won’t be accelerating its expansion plans to tap higher prices. Projects take “as long as they need to be safe,” he said. “You shouldn’t cut corners to get there.”

The company, like its peers, is awash with cash. Current copper prices indicate a record year of earnings before items in the US$5 billion range, Jacob said. While the spending priority continues to be its project pipeline, Southern Copper will look at acquisition opportunities that come along and make recommendations to the board, he said.

“Valuations would be higher because of the better price environment, but at the same time our own valuations will be higher,” Jacob said. With a balance sheet that he said “is probably underutilized,” Southern Copper trades at 24 times estimated earnings, well above its peer group’s median ratio.

In terms of the type of opportunities that might interest the company, he said it would all come down to asset quality.

“We feel comfortable in Latin America and very comfortable and positive about copper,” he said.