Is There a Bubble in Passive Investing?

Michael Burry shot to fame and fortune by betting against mortgage securities before the 2008 crisis, a trade immortalized in “The Big Short.”

Now, Burry sees another contrarian opportunity emerging from what he calls the “bubble” in passive investment. As money pours into exchange-traded funds and other index-tracking products that skew toward big companies, Burry says smaller value stocks are being unduly neglected around the world.

In the past three weeks, his Scion Asset Management has disclosed major stakes in at least four small-cap companies in the U.S. and South Korea, taking an activist approach at three of them.

“The bubble in passive investing through ETFs and index funds as well as the trend to very large size among asset managers has orphaned smaller value-type securities globally,” Burry, whose Cupertino, California-based firm oversees about US$343 million, wrote in an emailed response to questions from Bloomberg News.

Active money managers have bled assets in recent years as investors rebelled against high fees and disappointing returns -- a trend that prompted Moody’s Investors Service to predict that index funds will overtake active management in the U.S. by 2021. The shift has coincided with a multiyear stretch of underperformance by value stocks and, more recently, by small-caps. 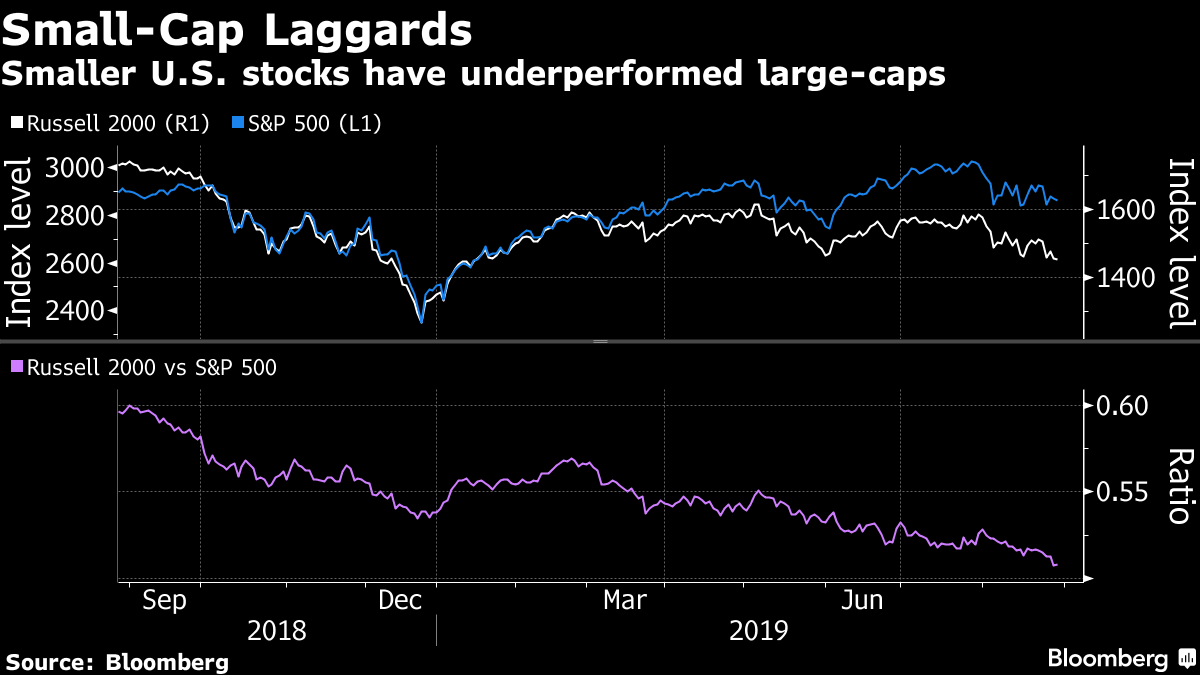 “There is all this opportunity, but so few active managers looking to take advantage,” wrote Burry, who was played by Christian Bale in the film version of Michael Lewis’s book on the collapse of the U.S. housing bubble and ensuing financial crisis.

While Burry is best known for his bearish wagers, he said his passion is “long-oriented investing in undervalued and overlooked situations.” He said he’s turning to activism in some cases because there’s not a “critical mass of smaller value-seeking active managers like me” to help companies make themselves more attractive to investors.

This month Burry petitioned GameStop Corp., a video-game seller, and Tailored Brands Inc., a menswear retailer, to buy back shares. His investment firm also increased its positions in two South Korean small-cap companies -- Ezwelfare Co. and Autech Corp. -- and disclosed its intention to engage with management at Autech, a delivery truck and ambulance maker in which Scion owns a nearly 10 per cent stake.

“Korea has so much potential,” Burry wrote, citing the country’s technological prowess and high education levels. “Yet Korean stocks are almost always cheap, and management teams are to blame because they do not treat shareholders equally as owners.”

While activists including Elliott Management’s Paul Singer have recently pushed South Korean companies to boost stockholder returns, the market still trades at one of the most depressed valuations worldwide. The benchmark Kospi index has dropped about 5 per cent this year, compared with a 16 per cent gain in the S&P 500.

“I have seen the mistakes Americans make with activism over the years, especially in Asia,” Burry said. “My first instinct is friendly advice. It may occasionally evolve to a more hostile situation, but that is not what I want. I most want a productive conversation.”

--With assistance from Sam Mamudi.