By 2022 e-commerce sales and in store sales will be a natural mix: Bruce Winder Retail president 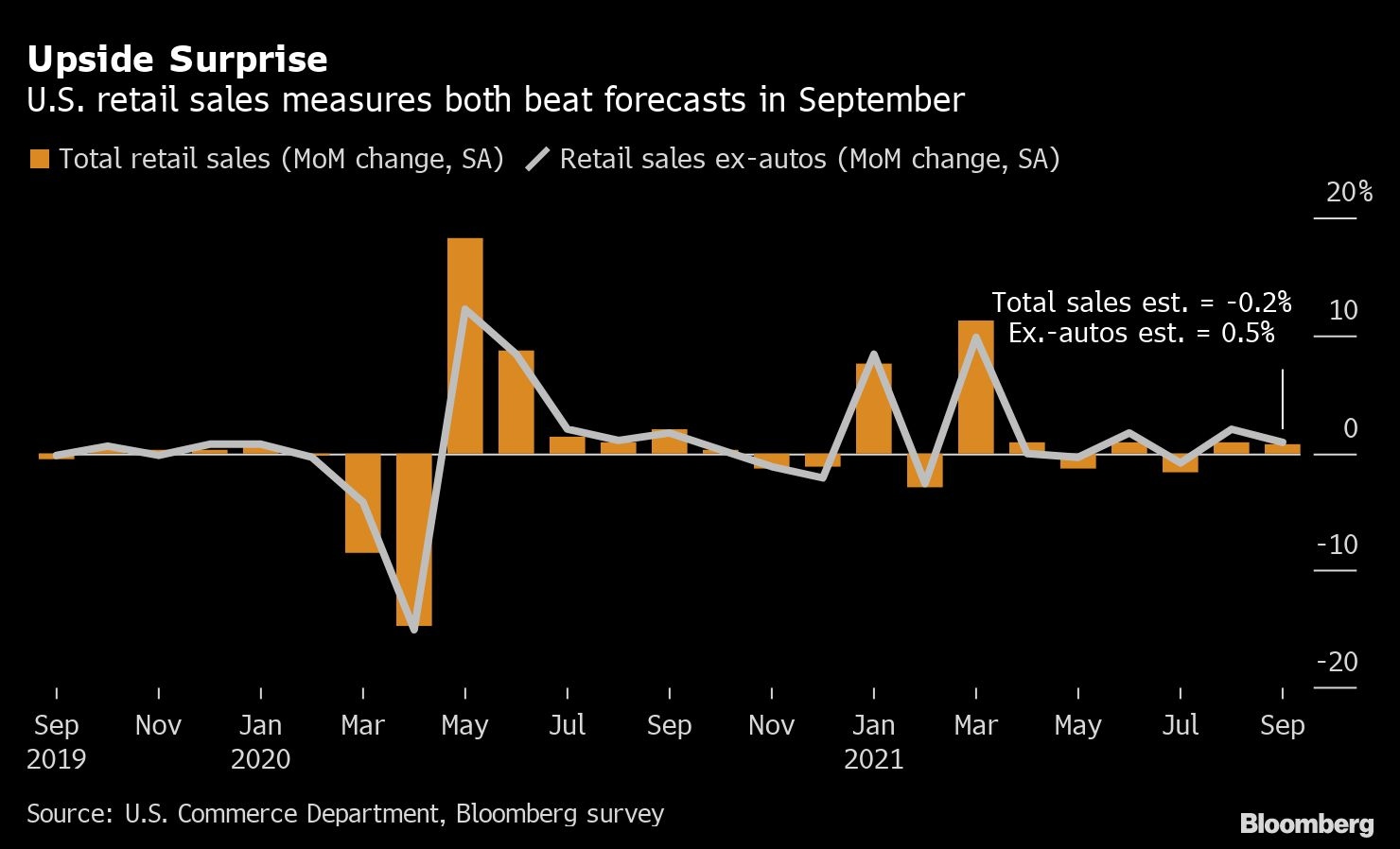 The median estimate in a Bloomberg survey of economists called for a 0.2 per cent decline in overall sales and a 0.5 per cent rise excluding autos.

The news helped bolster gains in equities, with the S&P 500 Index heading for its biggest two-day gain since May. Ten-year Treasury yields stayed higher, snapping a three-day decline.

Coronavirus infections increased in August and September, curbing demand for services such as travel and entertainment and leading Americans to shift their spending toward goods. Higher spending on merchandise is likely to add more pressure to global supply chains, which have struggled to keep up with accelerating demand.

The figures cap a quarter in which consumer spending probably slowed, due in part to the delta variant and supply-chain constraints. Economists currently forecast spending to grow at an annualized 2.2 per cent pace in the three months through September, a massive slowdown from 12 per cent in the second quarter.

“The solid retail sales report reflects both consumer resilience and escalating prices,” Sal Guatieri, senior economist at BMO Capital Markets, said in a note. “The main concern now is that supply-chain disruptions and microchip shortages appear to be spreading, limiting selection and tamping down goods demand.”

Those dynamics have also undermined confidence. Consumer sentiment fell unexpectedly in early October to the second-lowest level since 2011, a University of Michigan gauge showed Friday.

The retail sales data showed receipts at restaurants and bars, the only services-spending category in the report, rose 0.3 per cent in September after a 0.2 per cent increase in the prior month.

Motor vehicle and parts dealer sales rose 0.5 per cent in September after a 3.3 per cent decline a month earlier, which reflected supply chain constraints that have limited supply and pushed prices upward.

Consumers have been experiencing higher prices across an array of spending categories in recent months as businesses pass along higher materials, shipping and labor costs. The degree to which inflation played a role in the retail sales data is not clear as the figures are not adjusted for price changes.

While spending on goods increased, it may prove short-lived heading into year-end. Retailers are bracing for a holiday season that’s expected to see 43 per cent of U.S. consumers redirect spending into experiences, according to an Accenture survey. For those eyeing tangible gifts, Target Corp., Best Buy Co. and other peers have launched campaigns to pull the start of Christmas shopping to before Halloween amid mounting supply-chain challenges.