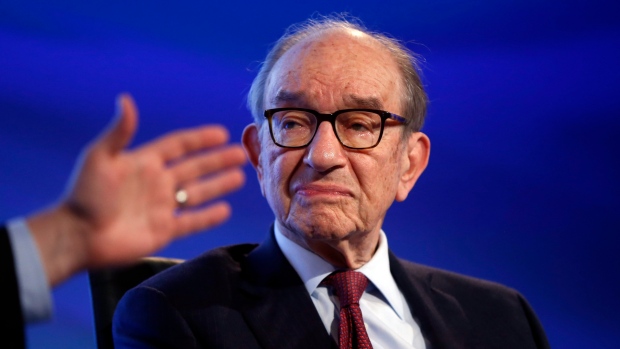 Former Federal Reserve Chairman Alan Greenspan listens to a question by Ben White of Politico at the 2014 Fiscal Summit organized by the Peter G. Peterson Foundation in Washington, Wednesday, May 14, 2014. , AP Photo

“I’m beginning to see the first signs of it,” Greenspan said about inflation during an interview on “The David Rubenstein Show: Peer-to-Peer Conversations” on Bloomberg Television. “We’re seeing it basically in the tightening of the labor markets first, which, as you know, have gotten very tight now. We’re beginning finally to see average wages rise, and clearly there’s no productivity behind it.”

Inflation measured by the the Fed’s preferred gauge of price pressures was 2 per cent -- at the central bank’s target -- in the 12 months through September after running mostly below that threshold since 2012. Unemployment has falling to 3.7 per cent, the lowest level since 1969, and average hourly earnings are creeping up. 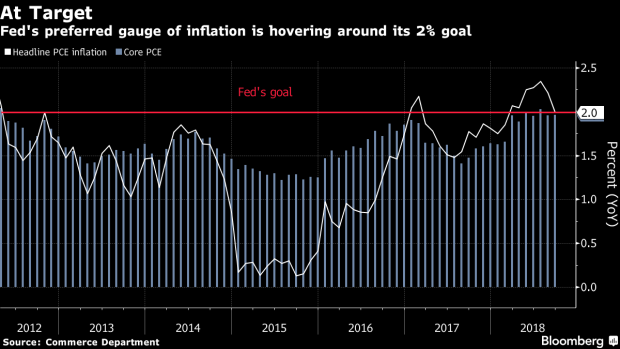 The former Fed chief, who retired from the central bank in 2006, also warned that rising U.S. debt levels could undermine the economic expansion.

“The tax cut actually did get a buoyancy, and we’re still feeling some of it, but it’s nowhere near enough to offset the actual deficit,” Greenspan said. “You can’t have a tax cut without finding the revenues elsewhere, or you run into problems.”

Tax cuts and federal spending signed by President Donald Trump helped spur business confidence and lift U.S. growth to 3 per cent in the year through the third quarter. But the deficit widened to a six-year high of US$779 billion during Trump’s first full fiscal year, raising concern the country’s debt load of more than US$21.7 trillion will grow out of control.

Greenspan said curbing spending on Social Security, Medicaid and Medicare were key to putting the nation’s finances on a sustainable footing.