Federal wage subsidy wasted a lot of money on employers that would have survived anyways: Economist

The COVID-19 pandemic may have bloated public debt to levels already pushing some governments to consider consolidation, but that’s nothing compared to the fiscal difficulties brewing in the coming decades, the OECD said.

According to its long-term scenario, a deceleration in large emerging economies, demographic change and slowing productivity gains will drag trend economic growth among the OECD’s 38 members and the Group-of-20 nations to 1.5 per cent in 2060 from around 3 per cent currently. At the same time, states will face rising costs, particular from pensions and health care.

To maintain public services and benefits while stabilizing debt in that environment, governments would have to raise revenues by nearly 8 per cent of gross domestic product, the OECD said. In some countries, including France and Japan, the size of the challenge would amount to more than 10 per cent of output, and the economists didn’t even account for new expenditures such as climate change adaptation. 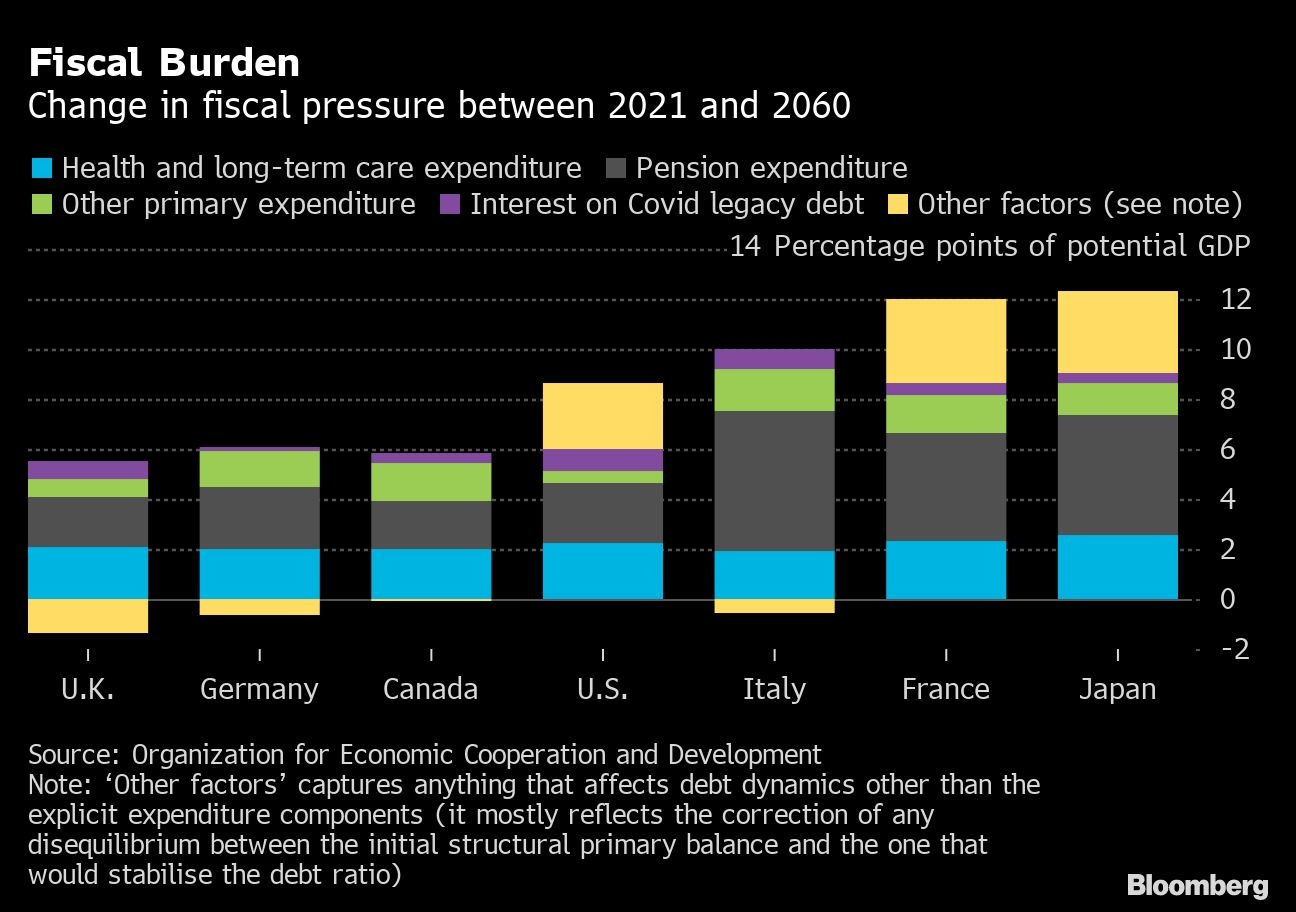 “Secular trends such as population aging and the rising relative price of services will keep adding pressure on government budgets,” the OECD said in the policy paper prepared by Yvan Guillemette and David Turner. “Fiscal pressure from these long-run trends dwarf that associated with servicing COVID-legacy public debt.”

Countries need not necessarily raise taxes to meet these challenges, the OECD said. Instead, it called for reforms to boost employment rates and raise retirement ages.

A combination of action in those two areas -- including ensuring effective retirement ages rise by two thirds of future gains in life expectancy -- could halve the projected increase in fiscal pressure by 2060 in the median country, according to the organization.